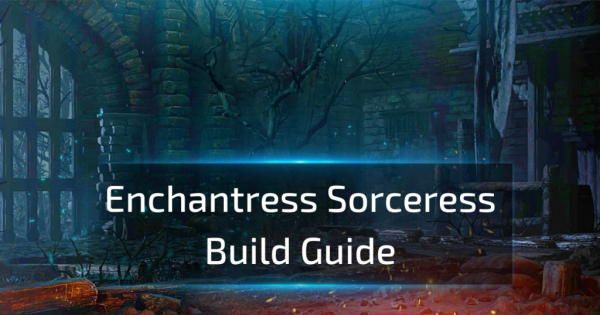 The Enchantress Sorceress is a very unique sorc build with the primary purpose of helping party members and mercenaries by casting a high level enchant on them, allowing them to deal a huge amount of fire damage and receive a massive attack rating boost. It has a very chilling playstyle, its primary attacking skill is Meteor, but due to the lack of available skill points Meteor’s synergies cannot be maxed.

The gear for the build is quite expensive as you will need to reach a high level enchant which is only doable in high fire skills/ All skills equipment. Due to the previously mentioned reasons, the Enchant Sorc is only effective in parties. Another benefit it can bring to the table is its decent teleportation speed, allowing quick Baal and Chaos Sanctuary runs for the whole team.

Unfortunately the build is not fit for magic finding, however with the introduction of the new Sunder Charms, it is capable of dealing with any game content, especially with an Infinity-wielding mercenary. Enchant sorcs doesn’t have great survivability, but with 75% allres you will very rarely die if you are careful enough. Because of this, I do not suggest the build for Hardcore, unless you plan to stay in town while the others benefit from your Enchant skill.

Attacking skills: You will use Meteor as your main attacking skill. While you won’t be able to deal massive amounts of damage, it is enough to solo kill most monsters.

Movement: Obviously you will be moving via teleport. It is possible to reach any breakpoint except for the 200% FCR one, so your teleportation speed will be quite fast, making the build ideal for Countess runs.

Survivability: Unfortunately the Enchantress doesn’t have great survivability. Yet you can boost your chances of staying alive by wearing a Chains of Honor, reaching 75% all resist with charms, or wearing a Stormshield for defensive purposes. The build is not fit for Hardcore. A Call to Arms will greatly improve your survivability, so investing in one will be worthwhile. Make sure to always have Frozen Armor and Energy Shield casted on yourself.

Party and Solo play: This build is made for party play. You can cast Enchant on party members, which has the potential of boosting their fire damage by 6-8k, and multiplying their attack rating. Bowazons, melee Barbarians, Melee Paladins and Melee Druids will be very happy to be in a party with you. For low level character levelling, having an Enchant casted on the low level char allows it to one-hit pretty much anything. By utilizing this opportunity, a low level character can farm the Secret Cow level from very low levels, allowing it to level up very quickly.

Magic Find: The build is not fit for magic finding.

Strength: Have 156 strength in total to be able to wear a Spirit Monarch as your main shield.

Dexterity: Put just enough points on it to be able to wear your equipment

Vitality: Put all your remaining points on Vitality

Have an Act2 mercenary with Holy Freeze aura for crowd control.

Ethereal items don’t lose durability if your mercenary wears them, so having ethereal item bases for each gear slot is preferred due to the increased defense on armor items and increased damage on weapons. In many instances ethereal items that are great for mercenaries will be much more expensive than non-ethereal ones.

If you'd rather skip farming you can quickly buy D2R Items from our D2R Store.

The Stone of Jordan [Rings]