Have you ever wondered how some players already have fully geared, level80 characters by the second day of a new ladder season? The answer is - they play a Cold Sorc! There is no other class and build in the game that can level up and farm with a comparable efficiency early on in the season, and even in the late ladder cold builds are still amongst the best. They deliver a lot of single target and area damage, move super fast via teleport, have decent survivability, and can have 1000% magic findand still maintain ultra-fast farming speed. What more can you wish for?

Attacking skills: The primary cold attacking skills are Blizzard and Frozen Orb. Both deal a lot of single target and area damage simultaneously already at level 20, and they don’t require expensive equipment to be efficient. Glacial Spike is also an interesting attacking skill option, as it freezes enemies for 5 seconds, which makes them immobile, easy to attack and easy to defend against.

Defending skills: Shiver Armor and Energy Shield are the two skills we rely on for defense. If you have spare stat points, these are the skills you want to put them on. Shiver Armor grants a bunch of Defense while freezing your attackers, while Energy Shield lets you take damage from your Mana instead of your Life. To improve survivability further, you will need to rely on gearing.

Movement: Similarly to other sorc builds, cold sorcs also move by teleport. It is the fastest and most convenient way to move in D2. You should be somewhat cautious not to teleport in the middle of monster groups, and should maintain your mana (potions, an Insight runeword on your merc, or skill points on Warmth come handy). Also make sure to walk instead of run outside of town, since during running your defensive stats are reduced, which makes you very vulnerable.

Solo gameplay: As there are quite a lot of cold immune monsters on Hell, soloing is difficult in many areas. Another downside is that cold immunities can very rarely be broken, so the only way to get rid of cold immunes is to rely on your Merc’s damage. However, killing non-immunes is really easy and very quick. There are plenty of areas and bosses Cold builds excel at, where one cast of Blizzard, or a maximum of 2-3 casts of Frozen Orb will kill monsters at great radius.

Party gameplay: As with any other Sorceress build, your teleport speed will most likely be the fastest in the party. A rule of thumb is that the fastest teleporter will navigate to bosses, and when arriving at the targeted location, open a portal for the others to enter. This means that at Baal or Diablo runs you will be one of the most important party members, your party will greatly appreciate your help.

Another benefit for the party is that your damage will be amongst the best, and even in an 8 player game you will quickly be able to demolish monsters at a fast pace.

Hardcore gameplay: At Hardcore you will need to mitigate the risks of all kinds of damage, including elemental, physical and magical both in melee and missle forms, while also being cautious about curses. You can do so by reaching the 75% all resistance cap, aiming for the 50% physical damage reduction cap, aiming for high block chance with your shield, having high defense, and most importantly having high life and mana. Elemental damage absorptions can also greatly help you, as they can even heal you while you get attacked.

Always have your Energy Shield and Shiver Armor on, and try to get a Call to Arms runeword as a switch weapon. Stay on Nightmare as long as you need to if Hell looks too dangerous. My suggestion is to farm the cow level for charms that boosts your survivability, Nightmare is perfect for this purpose.

Magic Find: You can rely both on your gear and charms to achieve high % magic find (as high as 1000% in extreme cases), as your attacks will be strong enough to quickly eliminate Bosses. There is a wide variety of MF gear that can be utilised, and many options are effective and very cheap. With teleport you will quickly be able to reach any destination, and high MF gear will allow you to find the most valuable items much more frequently compared to other builds. Simply put, the Cold Sorceress is the perfect choice for MFing.

Breakpoints: Here is a link to Sorceress Breakpoints. At the early ladder, aim for 63% FCR, then 105% later on. Reaching FHR and FBR breakpoints are useful if you play Hardcore, but try to avoid being attacked in general.

Mercenary: A mercenary’s main function is to help you kill cold immunes. Currently Act2 Mercs deal the most damage, so aim to have one with Might Aura (nightmare offensive), and equip for high damage.

Farming Areas: Cold Sorcs excel at farming the Secret Cow Level and Travincal. They are also perfect for farming Keys by killing The Countess, The Summoner and Nihlathak. For Magic Finding, they are the best build to do Andariel and Mephisto runs. 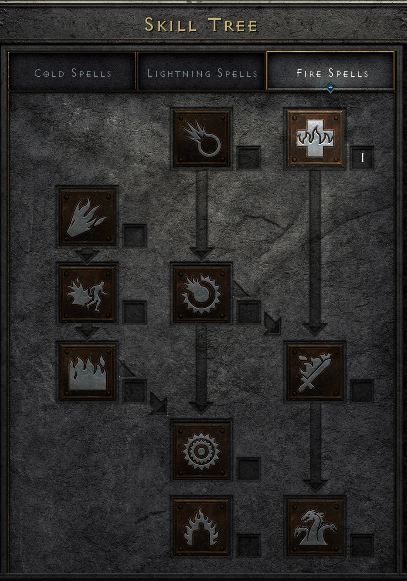 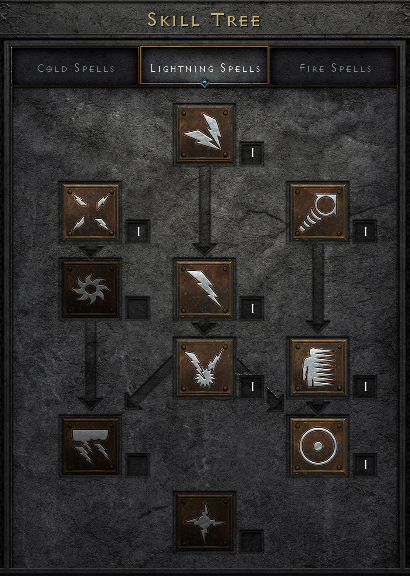 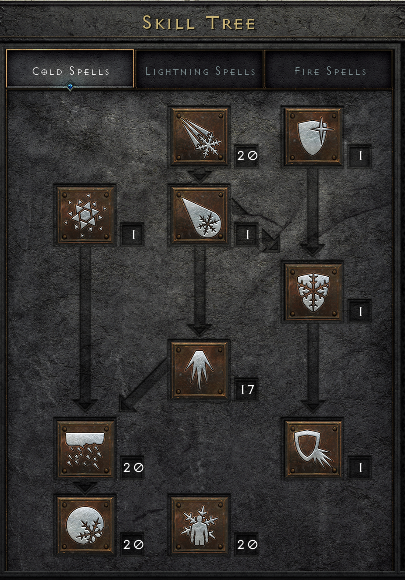 Note: The listed skill points are not in a priority order, you can also max out Blizzard and its synergies first and have the remaining points on Frozen Orb, or use Glacial Spike as your main attacking skill if your goal is better survivability. You can also test which attacking skill you enjoy the most, and stick with it. 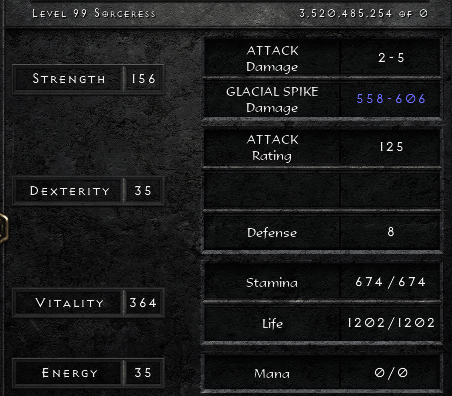 Re-stat your character at level 80. You should have enough Strength and Dexterity to be able to wear all your equipment. If your gear provides stat points (Like Annihilus, Torch, Mara’s, rare rings, etc), you can spend less on gearing requirement stats and put the available points on Vitality.

If you decide not to farm for hundreds of hours, you can quickly buy runes from our D2R Store.